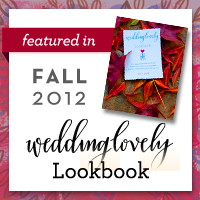 Bloom is honored to be a part of the WeddingInviteLove Lookbook. Its humbling to be among such amazing vendors from around the country. Thank you to Tracy at WeddingInviteLove for all her hard work on the website and bringing us all together in such a great forum. 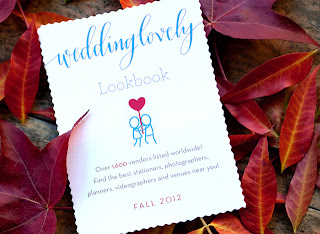 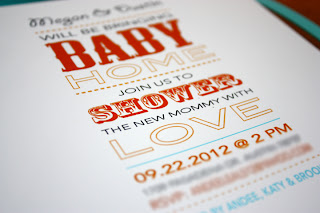 One of my favorite people is having a baby this December, and two of our mutual friends and I put together the cutest Austin themed shower. When you think of Austin, lots of things come to mind. Music, Trailer Food, Bats, Cowboys and a little texas country.

For the decor we used wildflowers in milk glass and ball jars, paper bats on the wall and chalkboard signage. We called our food table "Rex's Trailer Park Eatery" after the guest of honor's dog Rex, and used kraft paper boats to serve the food.

For our activity, rather than shower games, we incorporated the guest of honor's love of crafting and had each guest create a book page for a hand bound book. The book was titled "Love notes for Megan & Nugget," (Nugget is the name of the baby until he/she arrives) and each guest wrote a special message to slide in their pocket-page.

We also had all guests vote on the gender of the baby.

I created the artwork for the invitations when commissioned by the Guest of Honor's Mother-in-Law to create Thank You notes for all of her showers. Knowing that the nursery was going to use the Dwell Skyline Bedding and using Oranges and Blues, I created a skyline of Austin in the same style, complete with airstream trailer and South Congress Bridge. We duplicated the artwork for the invitation and used combination of modern and vintage fonts to bring it all together.

Each invitation was mailed in a teal A7 envelope, and the thank you notes were paired with simple white A6 envelopes.

Thank you to Brooke West Photography for the shower photos. 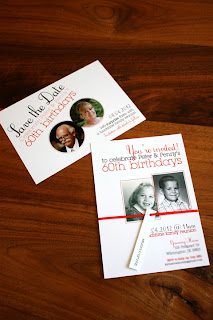 This summer, my sister and I threw my parents a small, immediate family, surprise party. Due to the distance that people would be traveling and busy summer schedules, we sent out Save The Dates a few months prior. Due to the surprise element we had to track down photos of them as children without ruining the surprise. For the Save the Date we used current photos with the intention that the invitation would have photos of them as children when we could artfully procure them.

As an extra element to add texture and to bring attention to the Surprise, we tied "shhh....its a surprise" onto the invitations with ribbons in different shades of orange.